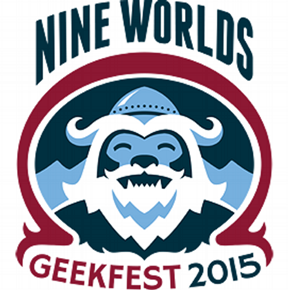 “Warning: Prolonged exposure to a thing’s fandom can damage your opinion of the thing.”

“We usually don’t have to work at finding an in.”

These are the two great insights I have gained at Nine Worlds Geekfest 2015.

No, come back, gentle friend! This piece is not about calling your interests weird and worthy of scorn! Pull up a beanbag and let us converse…

Since the first edition of the con in 2013, I’ve always come away from it intellectually and socially edified, with new nuggets of wisdom to go out and spread in the subtlest, politest, least obnoxious way possible. If quite a few of your irl acquaintances and some of your irl friends are basically “But isn’t racism/sexism over?” types, this can be rather handy.

This year, however, my #notallmen friends are safe – the revelations were of a personal nature. I had been contemplating my status as an ally over the past year, and the ways in which I could be most useful to the general cause of helping women, PoC and queer people. A good friend opined that sometimes what is best for privileged voices is to just sit back like a parliament bench-filler, wave your pamphlets about and grumble “Hear, hear!” when a woman/PoC/queer person is speaking.

So it was with a humility engendered by previous iterations of Nine Worlds and cultivated by discussion with friends throughout the years that I embarked on this year’s journey. Little did I know, dear reader!

My wife Ella and I arrived early on Thursday, and opted to partake in the 9 Worlds Pub Quiz, an ez-mode trivia contest that was more about forcing you to get to know some new people by limiting the number of teams available than it was about winning any prizes (though I did take home a sweet Mandalorian mug). 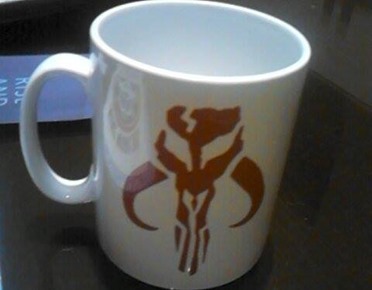 Regarding wisdom #1 mentioned at the start of this post: The quiz host posed a Serenity/Firefly question, and made a little “I’m sorry to remind you chaps of this traumatic event!” joke. The crowd then good-naturedly made exaggerated “oh nooo!” sounds. A bit eye-roll inducing, but fine. This then happened two or three times… and the crowd kept going along with it.

I like Firefly/Serenity. I own both on DVD, and when I recommend it to someone, I’m enough of a dork to say they oughta read the Dark Horse comic miniseries “Those Left Behind” after watching the series but before seeing the movie to really get the full experience. I’m also thirty years old, of moderate economic means and living in a first world country. This means there’s more entertainment out there than I can really ever experience in my lifetime. This also means that I’m not really still sad about Firefly’s cancellation. It’s been a decade, and it had a decent run of episodes and, while maybe not a good “movie”, it had a good season finale that just happened to have played in theaters. Besides, I’ve had six seasons of Justified to watch since 2005, which really filled my personal quota of “witty, sarcastic cowboys but not in typical cowboy times”.

I remarked upon the Firefly fandom’s wallowing in victimhood over drinks with Ella, and she said: “It almost seems like it’s become part of the experience.” It is, I realized – and there’s no problem with that. Privilege is busting on people for seeking that communal safe space (which the privileged person may not require), and I ain’t gonna give anyone shit for that. So I apologize for the outrage-inducing opening statement to get you to read on: “damage” should be understood as “alter”. Worked, though, didn’t it? 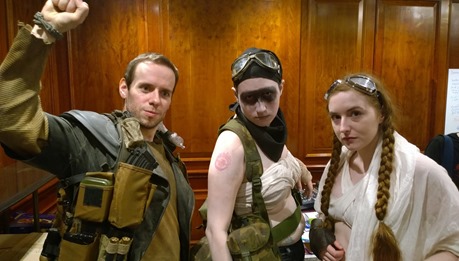 A big new geek thing I discovered is roller derby. This is apparently a seriously feminist/queer thing, a space of acceptance and openness and opportunity for expressions of power for the disenfranchised. Awesome! Another eye-opener: how Ella and I reacted to roller derby documentary “In the Turn”, following different women and queer people around, detailing their experiences with the sport (which, for all intents and purposes, looks almost exactly like human pod-racing, crashes and explosions included – pretty awesome indeed).

My reaction: “How lovely! I hope those people are all happy.”

Ella’s reaction: “Oh my god it makes me wanna get all tatted up and do my hair in crazy colors and and and”

And here’s where “We usually don’t have to work to find an in” comes… uh, in.

Almost no media I ever consume requires me to do any effort to connect with its protagonists. I found Frozen to be merely okay when it came out. Elsa was an empty icicle of a character to me, a nice deliverer of musical numbers and nothing more. She built an ice palace on the mountain and just sat in it. During the panel “Magical Girls 4-Eva” I learned that the studio was banking on Anna becoming the break-out character people would identify with. I had a vague memory of Disney being unprepared for the huge amount of demand for Frozen merchandise, but that particular detail had eluded me. 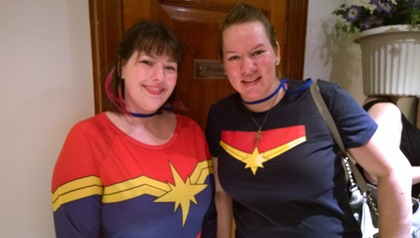 Why is it so relevant? In my discussions of Frozen, one of my big pet arguments was always “Come on, Anna was way more fun than Elsa!” … which, it turns out, was exactly what the suits were expecting me (and everyone else) to think. Nobody’s a snowflake with unique individual opinions. If you say “Am I the only one who…?” the answer is probably “no”. Privilege pops up everywhere, even in the simple act of appraising a piece of narrative media. Don’t shit on anyone for wanting to belong. Rather, ask yourself why they want to belong and try to understand the appeal. Maybe it’s not for you – that’s fine. In this case, it’s fine not to have an opinion.

Look, I’ve typed a lot, and it sounds like 9 Worlds is some dour, soul-searching annual retreat, but it’s seriously tons of fun that you can learn from if you let it! Hell, even that introductory pub quiz I got all heavy-handed about was full of laughs and meeting lovely new people. Some other highlights of the year included:

I’m sure I did many more awesome things and listened to awesome discussions that I have forgotten to mention here, so forgive me for their omission (I did imbibe quite a bit). You are surely appreciated, if not wholly remembered! 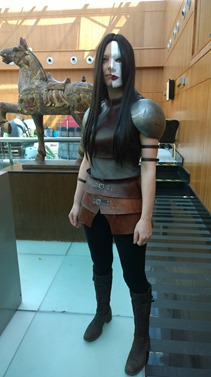 Now let’s get cracking at my 2016 cosplay. Thinking either Lucas Hood or the Tampunisher (that is a regular Punisher outfit but I carry a paper maché fire hydrant with me at all times).

Note: All cosplayer pictures taken with express consent. DM me @servantofdagon if you see yourself and wish me to remove them.