Come year’s end, many a movie or pop culture website will hit you with their best and worst of lists. Many will probably enjoy the latter more, as they fulfill the role of snarky bit of timewasting at work better than the former. However, I’ve found that many “Worst of” lists in any given year tend to focus on films that, well, no one in the readership actually saw. This is, of course, understandable – professional critics simply have to watch everything that’s out there. You may not think A HAUNTED HOUSE 2 looked any good and therefore avoided it, but there’s always some poor schmo out there that was paid to go and see it, resulting in it appearing on many such lists. And that’s not even taking into account all the crap that gets screened at film festivals that didn’t get distribution deals, so no one is likely to see them at all any time soon! With this in mind, here’s five of the most disappointing movies this year that you’ve probably actually seen! 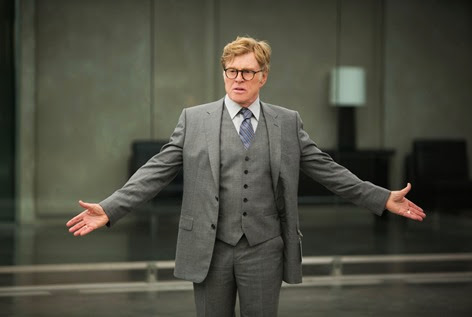 I actually quite like Gareth Edwards’ GODZILLA, despite some minor misgivings. However, the early trailers seemed to indicate a truly apocalyptic disaster movie, something meditating on mankind’s place on the food chain, and how a creature such as Godzilla would disrupt balance. The well-made adventure movie we got was a nice consolation prize, but it would have been cool to see someone attempt to do something in the vein of the original GOJIRA.

With all the good reviews this one was getting, the amazing cast it boasted, and that one trailer that used “Come With Me” by Diddy*, I was actually pretty psyched for this movie despite the return of Mr. Bland, Bryan Singer. True to form, Singer sucked out all the energy of DOFP’s predecessor FIRST CLASS and delivered a two-and-a-half-hour classic the Singer way – awesome set piece in the middle, nothing too fancy on the sides. Watch this back to back with 12 YEARS A SLAVE if you want to see the extreme ends of the give-a-fuck scale for actors.

A really cool ten minute Spider-Man short that somehow ended up two and a half hours, ASM2 wouldn’t really have been a disappointment to anyone who had seen the first ASM and knew to stay away. Unfortunately, reviews coaxed me into going by promising true hammy madness! Even more disappointing that there were a few minor actually good elements in this movie, like Andrew Garfield and Emma Stone as Peter Parker and Gwen Stacy, respectively. Spider-Man’s Times Square fight with Electro is also really exciting. Too bad the story doesn’t really go anywhere! The fetishistic build-up to the first “accurate” cinematic depiction of comics’ original girlfriend-killing without even bothering to establish an enmity between Spider-Man and the villain who kills Gwen is… unfortunate, to say the least.

I love Dwayne Johnson and have been hoping for him to become a bonafide movie star for over a decade now. I had a lot of hopes for this one, but it was not to be. A movie populated with actors full of life undermined by a script that missed the bus by about ten years. This “realistic” take on Hercules sees the strongman as portrayed by Dwayne Johnson as the figurehead leader of a mercenary crew who greatly embellished the mythical 12 Labors. Unfortunately, Johnson cuts quite the mythical figure himself, and he is shown as very capable throughout the film (even punching out a horse at one point). So here’s a movie with a boring “real story behind the myth” angle undermined by having a main actor who sometimes does mythical stuff anyway… sort of? Either this movie should have been a full-on Greek myth fantasy extravaganza, or Johnson’s Hercules should have been a complete dimwit who relied on his old-timey pit crew for everything.

A well-acted film with some pretty cool action, some humorous character moments and no major filming equipment visible on screen at any time throughout. WINTER SOLDIER squanders a potentially interesting premise regarding the need for security vs. privacy by absolving all our heroes from any wrongdoing, stating that basically only a double Nazi would be in favor of surveillance. It also squanders any fun pulpy “Who is a secret double Nazi?” potential by having literally no one of import be a traitor. If your heart wasn’t broken by the betrayal of those two guys who were introduced in this very movie and were accompanied with ominous music from the start, surely it was in pieces over those old Marvel stand-bys of “Asshole Senator from IRON MAN 2” and “Glasses Agent Who Sometimes Stood Around A Bit”. In a Phase 2 where every movie was a leap ahead of its predecessor, CAP 2 stands out like a sore bionic thumb.

You know, the actual worst movie I’ve seen in theaters this year was probably A WINTER’S TALE, but shit, who the hell saw that? Let me ruin its surprise cameo, by the way!

*this is a joke I know of led zeppelin my friend