What a weird and angry film GODZILLA VS. HEDORAH is! Musical interludes aren't new to Toho's monster series (especially in films featuring Mothra), but animated segments certainly are, not to mention essay recitations! The latter is supplied by our lil' human protagonist Ken-chan; like Ichiro in the last movie, Ken-Chan's a big Godzilla fanboy. Unlike Ichiro, he has a good relationship with his dad, a marine biologist who has been studying strange new tadpole-like life forms in Fuji Bay. He finds they are related to a new monster that had been attacking oil tankers, which lil' Ken dubs Hedorah (sorta like Sludge-o). Hedorah is definitely a new sort of monster, with his many shapes and sizes, powers and weapons. He's like a big ole JRPG boss fight!

Another feature Hedorah shares with a JRPG villain: massive damaggggge! The film constantly has news anchors tell us how many people died in last night's monster fight and I definitely think we're in six figures by the end! Godzilla picking up Hedorah by the tail is kaiju fitin’ fun times... until the gunk that flies off the smog monster flies into a gambling den and chokes a couple of innocent bystanders the fuck to death! Holy shit! Making Hedorah, a space bacteria growing ever larger as he feeds off pollution, the first bad kaiju in ages to exact such an explicit death toll is a clear message: this may not have been the first youth-oriented Godzilla movie, but it sure as hell is the first counter-culture one. Lest anyone think it's all grim seriousness and molten innocents, there's also some laughs to be had. When we see our first human desintegration (into a SKELETON!), lil' Ken simply goes "Ouch!" and runs into the opposite direction. There's yet another AMAZING lulz-moment that I'd love to give you the honor to describe, Travis. Why don't you blast off with it?

Godzilla was born of the death and destruction of the atomic bomb, but he could also play boulder volleyball and do victory dances! Now, basic physics wouldn't allow him to pull off such gravity defying moments, but such is the fun of the Showa era. At the climax of HEDORAH for instance, his imposing figure and weight don't stop him from chasing after Hedorah via propelling himself backwards in the air by firing off his radioactive breath! Yep, everybody, the King of the Monsters now flies. What makes it so much sillier is the triumphant fanfare music that accompanies this glorious scene, like it's all "Go, Godzilla, go! Take flight against enemy pollution! Hooray!" No wonder Ken-chan professes his fandom for both big G and Superman.

What makes flying Godzilla even more confusing to watch is how it contrasts with the wildly wavering tone of the movie. This might be the strangest mish-mash of genres in the series! The surprisingly gruesome deaths brought by Hedorah sets this film as eco-horror, yet kiddie silliness abounds with protagonist Ken-chan and his almost psychic connection to Godzilla. Just how does he seem to sense where G's location is? The cartoon interludes also recall animation from old children's educational programming. I wouldn't be surprised if Toho took some inspiration from Sesame Street. Splash in a buncha psychedelic stuff for the disenfranchised youth of today (why was there a hallucinogenic scene of fish-faced clubbers?), and you'll get one big platypus of a kaiju movie. Gotta admit though, that "Save the Earth" song is kinda catchy!

Director Yoshimitsu Banno was actually so proud of this picture that he had plans for a sequel where big G and Hedorah would face off in Africa. Unfortunately for him, longtime producerzilla Tomoyuki Tanaka (who was hospitalized during production) was deeply outraged with the finished product, going so far as telling Banno that he "ruined Godzilla". Funny to think that after all the bizarre aliens, goofy wrestling moves, and even Minilla that HEDORAH would break G's back, yet it's not hard to understand Tanaka's bewilderment with it. However, this brings up an interesting point about the Godzilla films. If something did ruin them, by what standards of entertainment are we evaluating them against? When they're at their best, are we enjoying them as genuine pieces of legitimate media, or is it simply the most fun cheesey goodness that a silly genre can provide? Is a kaiju state of mind required? What are your thoughts, Luca?

Haaahahahaha I'd forgotten about the motherfucking FEAR & LOATHING style sudden transition into FISHHEAD CLUBBERS! Who was this damned movie for...? I almost want to say that kaiju movies are like porn, since they are all about getting very specific physical acts on screen. But the big difference is, of course, that Godzilla movies are aimed at kids -- and kids listen. Before they get savvy(/entitled?) enough to fast forward to the good bits, they'll watch a movie that is "for them" through to the end, happy to be watching a movie specifically made "for them". Do you remember the first movie you didn't like? I think it was BATMAN & ROBIN on a first TV airing when I was about 13/14. I couldn't quite put my finger on why I didn't like it, but I do remember finding it weird that this "thing for me" (aka Batman) was somehow not pleasing me. Of course, nowadays, I'll gladly watch B&R with some friends and equally friendly substances, but you know what I mean.

I think that, like with any movie, kaiju movies can be judged simply by what they bring to the table. Eleven movies in, we've seen that this varies wildly from film to film. Ironically, I think I've been hardest on the original GOJIRA, since that one has its bar set highest with its actual attempts at tension and scariness with a build-up it (in my opinion) partially flubs. You don't see me shitting on GvH for flubbing Godzilla's intro even though he literally just appears out of nowhere, accompanied by a kid's essay recitation. By this time, Godzilla appearing was just a matter of making him look cool/making the intro different enough from previous entries as the audience knew what Godzilla looked like and, well, he'd become the hero of the series. When you're aware of the movies you're watching being cranked out at a speed of one a year (and sometimes even more!), the highest bar you can really set for them is the level at which they pander. Are they breezy, fun times? Is there cool/weird/funny stuff in them? Any idiosyncracies the directors manage to squeeze in are a bonus. On that front, GvH is a real treasure trove. I don't think ANY director so far (besides perhaps Ishiro Honda with the original) has managed to put as much of themselves in a Godzilla movie as Banno did with GvH.

How does one screw up a kaiju movie? Repetition. If I look back to the ones I haven't really liked, it's been those that didn't bring anything new to the table: RODAN, MOTHRA VS GODZILLA, ASTRO MONSTER (despite being the first entry with aliens), ... In constrast, the oft-maligned ALL MONSTERS ATTACK/GODZILLA'S REVENGE/ICHIRO'S NAPTIME ADVENTURE wasn't a dud for me, simply by virtue of it being so fucking different from anything that came before (despite most of its monster stuff being recycled). I think Tanaka's bewilderment was understandable since Banno delivered a weird, angry, even slightly political movie. Monster movies are supposed to reach the lowest common denominator, and any political messages such a movie delivers might prevent that. Yeah, KKvG and MvG both had vague "let's be nicer to nature" morals, but nothing as outright critical of Japan's increasingly industrialized society as GvH. Shit, I think we've hit a new fave of mine, Travis! Where does this one rank for you?

I’ll be honest, Luca, if I had to grab a ‘zilla flick off the shelf on a lazy afternoon, I’m not sure I’d gravitate immediately to HEDORAH. The strange mix of genres definitely makes for compelling viewing, yet for me it’s a little too jarring. Maybe I’m becoming too soft in my kaiju watching age, but I have better times with straight forward stomp’em ups like DESTROY ALL MONSTERS and GHIDORAH. Not saying it’s a bad movie though! An interesting one! While I wouldn’t necessarily digest it on my own time, I certainly would not hesitate plugging in HEDORAH for a Godzilla marathon with a buncha buddies. A shot of psychedelic sludge to clear up the kiddie sweetness! Also, gotta say it again, DAT SAVE DA EARTH SONG.

Luca, I know you enjoyed director Jun Fukuda’s tropical entries (EBIRAH and SON OF GODZILLA), so I’m interested in hearing your thoughts when he takes on a more conventional Godzilla tale. There are no groovy beaches in sight this time! Space becomes Fukuda’s latest frontier as bug aliens use our beloved theme parks to herald a cybernetic bird warrior, and Godzilla and Anguirus… talk?! What other madness awaits us in GODZILLA VS. GIGAN? 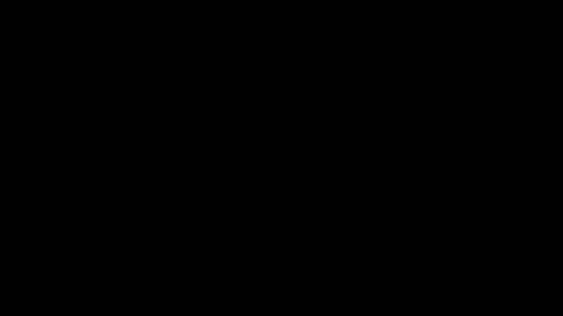