[Note: Travis’ laptop has given out, so for the foreseeable future this series will only be featured on Wholly on the Level.]

I think I've pinned down my feelings towards Godzilla at this point, Travis. He is Japan's very own kaiju-sized housecat! Mostly dormant, he wakes up every once in a while to create some ruckus and push everything off of everyone's desks. There is a certain glee to seeing him pop up again around the 30 minute mark of MOTHRA VS. GODZILLA, completely out of the blue. And perhaps this factors into MvG actually having my favorite Godzilla introduction out of any of the movies so far. The plot up to this point has completely centered around a greedy developer and his business partner laying claim to Mothra's egg that recently washed up on shore. But then -- BRRAAWWBRAWWBRAAWWW -- Godzilla pops up from some nearby reclaimed floodlands! Considering last we saw Big G he was somewhere completely different and also in the ocean, his appearance here really suggests some trolling motivations on G's part. Coupled with Ifukube's awesome music (later sampled by Pharaohe Monch in his song Simon Says) and the decision to have G slowly turn towards the camera... yeah, this was the first time I felt kind of elated at his introduction. "Awww yeah GODZILLA in the house!"
In preparation for this movie I also watched MOTHRA, which maybe was a mistake? I actually quite liked it, as it was different enough from the previous kaiju movies to be interesting. Interesting? No, let me rephrase that. What a WEIRD movie! Two little fairies are the keepers of Mothra on Infant Island (!), are kidnapped and taken to Japan for a career in showbiz (well, makes more sense than Kong's intended purpose in NY, I'll admit), and are rescued by Mothra. Unfortunately, MvG sort of rehashes the original's plot, with human villains (another first in the original MOTHRA!) laying claim to something that's Mothra's, and Mothra coming to get it back. I guess having the fairies with her makes Mothra far more relaxed, since she literally just fucks off back to Infant Island after the greedy villains deny the fairies' request to give the egg back.
Although overall, MvG has probably been the weakest entry so far, it has some killer sequences. There's the aforementioned favorite Godzilla intro, and one absolutely insane showdown between our two villains. Greedy developer Kumayama storms into his silent partner Torahata's hotel room, demanding he pay up. This partnership has been financially one-sided for too long! It's time Torahata start pulling his weight! The confrontation turns physical as the two men start tusslin'. Kumayama at one point pins Torahata to the floor and punches him in the face repeatedly until his nose gushes blood! Kumayama then makes his way to Torahata's office safe and starts collecting STAXXX. Moaning, the supine Torahata turns to the window and freaks out: GODZILLA IS APPROACHING THE HOTEL. Travis, I pretty much lost it. I was already highly amused by this movie's sudden turn into Coen territory, when that added bit of absurdity just completely drove it home. Torahata is just like "Aww MAN why this gotta happen to me?". There's another fantastically out-of-place act of violence that follows this, but I'll leave some surprises for any curious viewers. Travis, do you also feel we should protect the children from such wanton violence?

If I had my way, Luca, I would expose all children to acts of wanton kaiju related violence! A few years ago, when my parents were entertaining family friends at our house, I was put in charge of looking after the little ones. I fired up my DVD of GODZILLA 2000 and skipped to the set piece battle between Godzilla and Orga. Earlier the youngins were wandering around and finding out which objects were & were not toys, but as soon as G-man let out his roar and started swinging, they were transfixed. Not a peep, just staring at the screen. The sway and power these films have on us when we're little is a topic we'll get to later in our series, but there's no doubt about: Godzilla is kid approved!

Getting back to MOTHRA VS. GODZILLA, this is one of my favorite depictions of the big guy. Althoug he's certainly in the "bad monster" role this time, he doesn't have the same malevolence displayed in KING KONG VS. GODZILLA. The performance of suit actor Haruo Nakajima suggests that he's just a wild animal that needs to be handled for our own good. Of course he knocks down a lot of buildings, yet Japan's architecture seem like an annoyance in his path rather than something he feels compelled to punch. Notice that the tall pagoda he encounters collapses mainly because he accidentally slips and falls on it. His aggression only turns on when retaliating against Mothra or the army. Speaking of the army fight, there's an insane shot where explosives are set off incredibly close to Godzilla, and his FRIGGIN' HEAD CATCHES ON FIRE. Holy hot shit!

Luca, one of my favorite things about doing these reviews are the parallels to other films you point out that I never noticed. The greedy business men definitely fall into unscrupulous Coen bros. territory, and the comeuppance of the approaching Godzilla now reminds me of the ominous tornado ending of A SERIOUS MAN. As you said before, the human villains and other plot points recall the original MOTHRA, but I think this movie has a good enough pace that it doesn't feel like a detrimental rehash. Where the two kaiju flicks differ is in their themes. Though both were directed by Ishiro Honda, MOTHRA seems to directly target America and Russia, with the nation of Rolisca standing in as an antagonistic force of Western big business. MOTHRA VS. GODZILLA addresses the universal issues of mankind, condemning its pursuit of money and careless destruction of nature (the lush Infant Island is now deteriorating due to nuclear weapons) but hopeful that people everwhere can band together in the face of catastrophe. In this sense, MvG is a more spiritual sequel to the original GOJIRA than previous entries. It's definitely one of the reasons why I actually think this is one of the strongest movies in the franchise. Luca, why did you feel that this one was kinda weak? Also, we had our reservations about Kong winning over the King of the Monsters, but did Mothra (in moth and double larvae form!) rightly earn her triumph over Godzilla?

Mothra how much u press breh? I'm not sure whether to find the AMAZING strength Mothra apparently has in her tiny little paws as much a deus ex machina as Kong's lightning powers, but I'll give her the benefit of the doubt since she didn't really use them in her origin movie. I'll also give her the benefit of the doubt because seeing that dainty butterfly yank Godzilla's tail and smash him into the ground is an absolutely hilarious sight. The babies' nearly infinite amount of webbing feels like a bit of a cheat but I'm not gonna be the internet asshole who says Godzilla should have LOGICALLY killed those cute larvae! I liked that there's actually debate possible on whether or not Mothra really won. I mean, all the factors! She was at the end of her life cycle, and runs away from the fight to die close to her egg. Concordantly, Godzilla gets his ass kicked by the babies' hit-n-run tactics, after being weakened by the fight with their mother. Such ambiguity! How to read it? The SERIOUS MAN comparisons are not hollow name-drops, folks!
The reason that it’s a weaker entry for me is the whole back-and-forth with the greedy businessmen for the first 40 minutes or so. It’s all stuff we’ve seen before in the original MOTHRA. Hell, I almost found it COMICAL that Mothra was actually there at the resort, hidden in the bushes, awaiting an answer from Torahata and Kumayama. Just lift up the egg and go back to your island, Mothra! Don’t send your fairies in to ask politely and then leave! As for the message, I actually think the morals in KKvG and MvG should be switched around. (I also just now realized that both movies end with someone giving a life lesson while waving off a monster that swims into the sunset. I'm starting to have quite some affection for these movies!) There's an explicitly environmental throughline in MvG, whereas KKvG addresses "greed" in a more general sense. Infant Island is actually ravaged because of man's ignorance in MvG, whereas nothing bad really happens to any natural habitats or fauna in KKvG.
Yes, Godzilla's tripping and falling into a pagoda has definitely been one of my favorite G-moments in the series so far. The big guy's just too big for this ole world, I guess! You know, Travis, it's funny how Godzilla's charm kind of snuck up on me like I was a greedy businessman or something, but he really went from "Monster From The Deep" to "Sort of an Asshole From The Deep". Maybe it's because I've seen him get his ass kicked four times now, twice by the military and twice by other kaiju, but his refusal to die coupled with his general petulance is really warming me up to him. I guess what holds me back from really starting to cheer for him is that he's always up against either people or the nicest possible monsters. But it's not something I really hold against the films, as getting the audience to feel anything for a guy in a monster suit is a pretty good achievement in and of itself!


To skip ahead A BUNCH OF YEARS, one of the many failings of the 1998 American GODZILLA was that the monster didn't have much of a personality. I guess you could feel sorry for him when he saw his dead Zilla babies, but no one should suffer death at the hands of Matthew Broderick. For all the CG money thrown at him, "Godzilla" just isn't as memorable as the so-called fakey, phoney guy in suit. It's a testament to the SFX crews and suitactors of Toho that these dinosaurs, aliens, and bugs are still fondly remembered to this day. They may not have looked realistic, yet your imagination could be captured by its reality.

I think one of the reasons for Godzilla's charm is that we never truly get inside the monster's head. Sure we see him react to kaiju and armed forces, and the Showa era movies have a few REALLY goofy moments of inner monologue, but what makes the King of the Monsters tick is a mystery. Though his personality is hardly a blank slate, fans can project their thoughts and feelings towards the big guy without any tortuous examination, casting him as hero or villain or whatever. He can be a dynamic character for the ages that doesn't come with the psychological analysis of someone like Batman. Speaking of superheroes, Toho would soon assemble their own AVENGERS as Godzilla, Mothra, and Rodan team up to protect the Earth from GHIDORAH, THE THREE HEADED MONSTER! 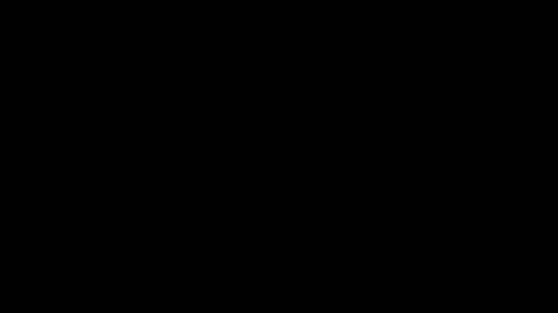