Imagine, ladies, if you will, that you are settling the Oregon frontier round about 1850. There’s about five to ten guys for every woman, and settlin’ the land is the imperative. You have a pretty demanding job at the local saloon or guest house or what have you, and you’d like to lower the workload a bit.

So if this motherfucker

comes down the mountain one day, looking for something YOUNG N FRESH TRIM NOT TOO SLIM to marry… why, you wouldn’t think twice about it, now would you? I mean… cooking and cleaning for one guy as opposed to a bunch at the guest house, that’s pretty much a no brainer!

Now, hold your horses, ladies! Turns out this guy wasn’t as trustworthy as he initially looked! For you see, he has six ginger brothers holed up on his farm, and they’re all good-for-nothin’ slobs and jackanapes! Your dreams of a substantially reduced workload… DASHED!

Stanley Donen’s (hey, two movies of his in a row) SEVEN BRIDES FOR SEVEN BROTHERS does its best to do a lot of backpedaling and whitewashing for its outrageous ideas, but they’re still pretty outrageous. Later in the movie, Jane Powell’s (hey, two movies with her in a row) Milly tells Howard Keel’s Adam Pontipee (!) that she was in love with him the first moment she saw him, but for most of the first act, her attraction to him seems to be based on the fact that cooking and cleaning for ONLY ONE MAN??? is pretty much a dream come true for any frontierswoman.

Adam’s six brothers would all like a wife too, but they’re too scruffy and smelly to go a-courtin’. Milly teaches them all how to bag chicks – basic politeness and terms of endearment randomly spouted apparently were enough to get the Oregon trail slippery. Turn-offs: fisticuffs. This is hard stuff for the Pontipee brothers, and it takes a montage to get right. When they all go down in color-coded shirts for the annual barn-raisin’, the local bachelors make sure that they don’t woo ANY of the town’s available womenfolk by constantly trying to goad them into a fight. The brothers get smashed in the head by planks, hammers, 2x4s, get fingers stepped on, you name it. They all do pretty well at restraining themselves, until a bachelor punches Adam – then the shit is ON

The whole barn-raising sequence, from the square dance to the barn-destroying fistfight, is just absolutely wonderful cinema. The brothers, bachelors and bachelorettes – most of them dancers from the NY ballet – just absolutely kill it, tapping and jumping on parallel bars, swinging axes (!) around, jumping up and down scaffolding, doing somersaults… fantastic stuff. I mentioned in my post on ROYAL WEDDING how the musical was a precursor to the action movie for cinematic comfort food. Well, SEVEN BRIDES perfectly illustrates it by putting a dance sequence so close to a fantastically choreographed fight sequence. It wouldn’t surprise me if Jackie Chan was a big fan of this movie. John Woo is a self-avowed musical buff, actually.

But okay, let’s talk about my favorite thing in this entire fucking movie: THE SOBBIN’ WOMEN 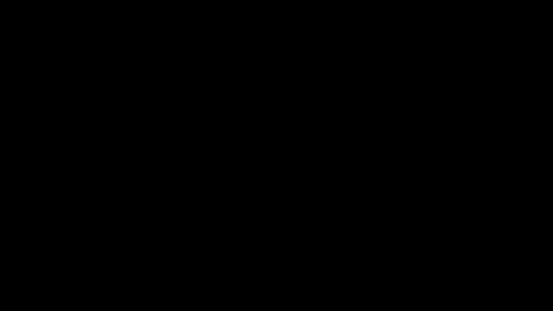 “Sometimes, fellas, you just gots to take the pussy!”

Despondent because their fisticuffs has destroyed their chances with the gals they fancied, the boys are sulking in the barn. Adam says DON’T BE FAGGOTS cuz this here book says the old Romans kidnapped a bunch of women and they turned out to like it so why not do that huh???

Next follows an amazing montage of the brothers literally fucking THROWING SACKS OVER THE HEADS OF WOMEN THEY LURED OUT OF THEIR HOUSES in perhaps the most beautiful precursor to that merry Michael Bay sociopathy I’ve ever seen. Also the lyrics to “Sobbin’ Women” basically boils down to “SOMETIMES… WHEN WEEMAN SAY NO NO… SHE MEAN YES YES”

This turns out to be 100% sound advice, as the girls fall madly in love with their appointed brothers over the course of one snowed-in winter. They say if you marry in Stockholm, you’re a bride all your life! We’re talking, of course, about Stockholm, Oregon.