Why space? Chanticleer does not take off into the far reaches of space after his embarrassment. Let me give props to mah dawg Gérard Genette for a second and lay down the histoire rather than the récit.

There is a farm of anthropomorphic animals who all love the farm’s rooster Chanticleer. He’s a cocky (hehe) rockabilly type, who impresses all the lady-chickens and is just generally a very popular guy. Additionally, the animals believe that Chanticleer’s song is what causes the sun to rise each morning. The owls, however, are not very happy with this. They are naturally creatures of the night, so they’d rather the sun didn’t come up at all. Also, the Grand Duke of Owls simply loathes rock ‘n roll music. To these ends, he comes up with a plan to silence Chanticleer permanently. An owl thug (!) is sent to tussle with Chanticleer at the moment of sunrise, so he is impeded in singing his song. To all the animals’ surprise, the sun still rises. They ridicule Chanticleer mercilessly, and the minstrel leaves a broken cock.

Let’s hold up a second right here. The owls want it to be night forever, but in trying to effect this, they simply prove that Chanticleer’s song doesn’t make the sun rise. The owls do not have a realization moment about this. At least they got rid of that damnable rock ‘n roll, huh?

So, space. An opening VO tells us about that whole rising sun thing, and what better to illustrate this than to actually pan in to Earth from motherfucking space. If that voice sounds familiar to you, it’s Phil Harris aka Baloo, voicing the hound Patou. Not Baloo, Patou. Get it right. He has a sorta cute recurring gag that he can’t tie his shoelaces. In a typical instance of half-assery/weirdness on the movie’s part, however, he is a dog that walks on all fours most of the time. Even though he has shoes, socks and pants on. As a result, Patou reminded me of one of those poor Chinese dogs that are made to wear panties and heels.

Patou narrates all the stuff I just told you, by the way. This is how we learn of the owls’ plan before we ever even see the Grand Duke (Christopher Slu—uh, Plummer). In fact, there’s such an overwhelming exposition dump going on, brought in such an incredibly clumsy manner, that I was starting to suspect that the money had run out during production and this VO was the best way they could patch already-animated scenes together. Turns out there originally wasn’t a VO, but test audiences found the owls’ plan confusing. I’ll say! I don’t understand it even with the VO!

We’re not done Veein’ Oh, however! Patou tells us that elsewhere, there was a little live action boy named Edmond, who was a super Chanticleer fan, and understandably upset by this turn of events. His mother reassures him that it’s only a story, but good luck with that when dad busts in dripping wet and tells mom that the barn is floodin’! Edmond wants to help, but mom says he’s too little, and he’d best stay in. Disappointed, he keeps on reading his storybook until, frustrated, he calls out for CHANTICLEER or SHAWNTECLEAARRRR depending on the scene. This unfortunately summons the Grand Duke, who is very upset that anyone would want Chanticleer back. For this impertinence, he will eat Edmond. But first, he shall be transformed into a cat because kittens are more easily digestible! The Grand Duke has some sort of weird multi-color breath attack that can change stuff into other stuff. He does this several times over the movie to several creatures.

Why doesn’t he just change Chanticleer into a worm or something? It is later revealed that Chanticleer is thriving as THE KING, a totally-not-Elvis singing act in the big city. His manager, Pinky Fox (voiced by BOSS HOGG), turns out to be in league with the Grand Duke, keeping Chanticleer dazzled with the empty and materialistic charms of pop success.

Why doesn’t the Grand Duke just change him into any animal that can’t sing? WHY SET UP A FAKE POP CAREER? Kitty Edmond, Patou, Snipes the magpie and Peepers the mouse set out on a quest to the big city to get him, beset on all sides by the tyranny of evil owls. Well, they get jostled a bit until they shine a flashlight at them and then they fly away screaming. Oh man, the Grand Duke has this hysterically screeching nephew called Hunch and I swear to god, his voice actor drew “speed” as the random drug to ingest that was contractually required for all VAs on this production. The movie already moves at an insane pace (all this has happened before the 30 minute mark) but whenever that little owl comes on, engage fucking hyperdrive, man. BUMP ZAP CRASH SCREEEECHHHH

Hunch is an unfunny character, but even the better Bluth movies are notoriously unfunny.* Far more damaging for a movie ostensibly about the power of song are the incredibly crappy musical numbers. Glen Campbell (LaBoeuf in the original TRUE GRIT) voices Chanticleer, and he’s got a servicable, if unremarkable voice – certainly nothing that makes the sun come up in the morning! The villain songs are more traditional Broadway/Disney style affairs, but since Plummer apparently isn’t too keen on singing, he half-narrates his way through the numbers, often drowning out the at least half way capable chorus singers. 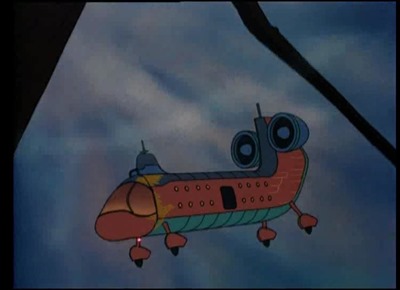 which I’m on the fence about whether or not it was intentional. Chanticleer is a cock, after all. The presence of faux Jessica Rabbit love interest Goldie Pheasant (cleavage toned down after shocked test audiences!) seems to indicate at least an attempt at mild sexual humor.

Here’s one way in which ROCK-A-DOODLE may be viewed in a possibly positive light. I very much doubt Bluth considered this angle, but here ya go: if you interpret the movie as the story a little 7 year old boy who can’t read very well, trying to come up with a story after his mom – the conduit for those weird markings under the pictures – had to go out on an urgent errand, then maybe the screaming anarchy of this movie makes sense. Hell, he even inserts himself into it as a cute kitty who saves the day! But, again, I sincerely doubt it.

You wanna judge for yourself? 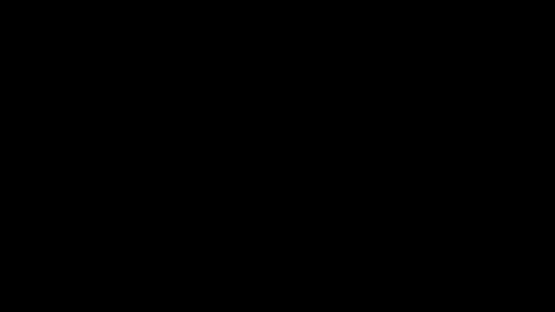 Genuinely one of the shittiest movie’s I’ve ever seen, but it’s a heck of an experience. CLICK IT

*There is probably one sorta-clever gag in the movie. The bouncers are frogs.