Fanfilms! I’m not a (hort hort) fan! I’m of the opinion that if you want to tell a story, you might as well make it an original one. It’s one thing to write fanfiction, since that’s essentially just you in your room tapping away at the keyboard, bothering nobody. But fanfilm! Hoo boy, fanfilm! Now you’re getting a lot of people in on your wanking, aren’t you? A looootta people are gonna have to get up at 5am and drag around props to make yourself feel good. Consider that, fanfilm makers! Consider that, young and hopeful actors who agreed to star as sexy SWAT team members in a grim ‘n gritty Sonic the Hedgehog adventure!

Well, anyway, BORN OF HOPE! This YouTube exclusive fanfilm is being screened at this year’s 9 Worlds Geekfest in London. Fans of this blog who are in attendance will have the delightful experience of meeting ME as I scrape gum off the screening room floor! As the con’s spirit is inclusion and equality (hey, there’s a brony track, so you know they’re serious about it), I decided to give this a whirl, as I’ll probably not be able to catch many of the films that will be played. Ever eager to expand my horizons, I thought perhaps this LotR fanfilm would turn me around on the whole concept. Did it? Here’s your chance to check it out, since it’s free on YouTube anywho! 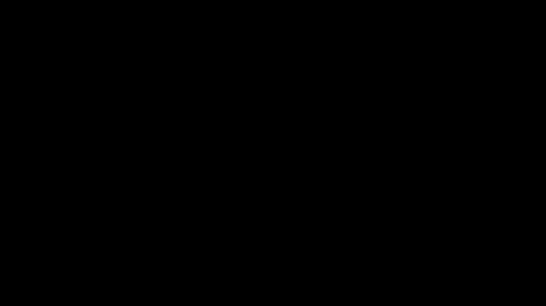 Travel into the heart of darkness yourself!

Did you click it? Did you watch it? What did you think? Hmm? Hmmm? If you didn’t, here’s a short synopsis:

BORN OF HOPE is the story of Arathorn and Gilraen, parents to future king Aragorn. Their meeting, courtship and the fateful end to their union is told against a backdrop of a world not quite diminished, but getting there. Orcs roam the lands in search of the heir of Isildur, determined to break the line of Kings.

It’s not MUCH plot, but if you haven’t seen LOTR (and paid close attention), it’s probably all gibberish to you already. And that’s really one of the biggest drawbacks of a project like this; You’re basically admitting from the get-go that this is ONLY for fans. It’s not hard to have a VO state that “evil forces killed the king, but they were on the hunt for his heir, who lived in secrecy” yadda yadda. Okay, that’s pretty artless and a direct lift from the Jackson movies, but GUESS WHAT – they’re doing it already anyway. A breathy, whispery lady voice informs us of the comings and goings of Arathorn every other scene. And, you know, it’s not always very necessary! “And so Arathorn set off to…” while the previous scene pretty much explained where he was setting off to. It’s all a desperate attempt to pretty much ape the Jackson films. I mean, shit, even the title font is the same. The music is doing its darnedest to be an Asylum version of Howard Shore. Oh, and you know that thing Jackson totally gets mocked for, that super emotional slow motion accompanied by a heavenly soprano he trots out a bunch of times during EXXXTRA dramatic fight scenes? Try EVERY fight scene. Arathorn gets fucking introduced via slo mo soprano fight scene. It’s hopelessly melodramatic to the point where you can do nothing but giggle when they trot it out once again.

Arathorn and his buddy rangers (one of whom a Super Cute Girl Ranger) save Gilraen and her family from an orc ambush. They were carting off Gilraen’s brother’s corpse… somewhere. Orcs killed him, cuz orcs do that! In one of the few pretty cool moments of the film, one of the slain orcs is shown to have a bag of fingers on him. The heir of Isildur, you see, is known by wearing the Ring of Barahir, so the orcs had just been cutting off ringed fingers willy nilly to show to Boss Orc, who had access to Wikipedia. Now, SCGR has been in love with Arathorn for quite a while, but he is oblivious as a young Charles Xavier. He even says YOU ARE LIKE A SISTER TO ME at one point because why not! The actor who plays Arathorn is, however, this affable looking goofball, so I couldn’t hold it against him. I’m not too aware of Tolkien lore, so I don’t know if SCGR is canon or fanon. I’m going to err on the side of fanon, because besides being WAY CUTER than Gilraen she also knew him for like way longer and was by his side since like FOREVER. I wonder what will happen to SCGR by the end of this movie…

It’s useless to harp on the movie’s looks, right? I mean, I completely respect that they scraped together the budget for this and actually put the work in and all that, so let’s not harp on the fact that the troll doesn’t quite look like the one in Moria. The costuming looks straight out of your run-of-the-mill LARP shop, and the jewelry (even the pieces that actually feature in the films, such as the all-important Ring of Barahir) looks like it would be worn by old ladies at a fortune telling/spiritual/paranormal convention. But the one part where I couldn’t help but straight up guffaw was at the beautifully pastoral wedding of the royal couple, where everyone prances about in full-on renn fair mode to happy fiddles, and the wide shots of the Dunedain camp reveal just how, uh, frugal they live.

If anything, BORN OF HOPE made me appreciate what a tonal tightrope the LOTR movies walk. They’re so earnest and, let’s face it, pretty cheesy, but Jackson & crew make it work. Again, I’m fully aware what difference a gazillion dollar makes, but let’s not forget the importance of humor and well-staged action. I want to say that the portentous LONGING and whispered intensities of Arathorn and Gilraen make it feel like a TWILIGHT for Middle-earth (let alone the fact that there’s a friend-zoned third party), but with the added amateurishness of the visuals it feels more like a porno where nobody ever gets down to business.

But here is my favorite thing about this movie. SPOILERS AHEAD but seriously who gives a shit

Then later, during the credits, which have pencil drawings of the main cast* just like in You-Know-Which-Movie, SCGR’s actress’ name comes up. Kate Madison. The director.