In which I tune mine Lyre to Kratos

Born of ashes and forged in war, the Spartan Kratos sought to become the greatest warlord the ancient world had ever seen. Savage after savage fell under the steel of the Spartan’s phalanxes. Until one day, the barbarian hordes united and brought destruction to Kratos’ armies.

As the would-be conqueror drew his last breath, time stopped. Ares, the god of war himself, had descended from Olympus with a proposal for Kratos. The Spartan would get demi-godlike powers to vanquish his foes, if he became the agent of Ares in the mortal realm.

Kratos agreed. Not only the barbarian armies, but those of Hellas fell to the resurrected warrior as well. Little did Kratos know what cruel hubris Ares had in store for him.

The fires of Olympus burning within Kratos’ soul, he set upon a city like so many others that had resisted him. Ignoring the warnings of an old crone that his doom lay in this very city, he defeated its forces and sacked it. But as he came out of the warrior’s frenzy after murdering two shadowy figures in a temple, he knew he was damned; for at his feet lay his own wife and daughter.

As the temple burned to the ground, the ashes of their burning bodies seared themselves into Kratos’ skin, making him like unto a man deceased. He became the creature known as the Ghost of Sparta, swearing to destroy Ares, whatever the cost.

In this, he was aided by Athena, who secretly sought to overthrow her out-of-control brother, but was forbidden to do so directly by Zeus, who abhorred Olympian in-fighting. 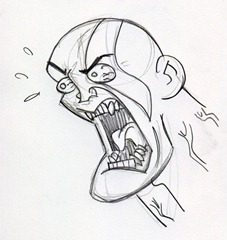 And here’s where I’m gonna stop the faux-bro video game style epic-speech. That is, in a nutshell, the basic premise of 2005’s PS2 game God of War. The basic gameplay then consists of you, as Kratos, imaginatively dispatching all manner of mythological beasties until you meet the big cheese himself. Whom you then murder, obviously.

Kratos then wants to toss himself off a cliff, as he has nothing to live for anymore. Unfortunately for him, it was all a big set-up! Athena saves him from crashing against the rocks below, and Zeus sets him up as the new god of war. The credits show imagery of war throughout the centuries, with a downcast Kratos presiding over it all.

Now, Kratos is a bit of a jerk in this story, but nothing out of the ordinary for Greek mythology. He does bad shit, overreaches, and pays for it.

It was while playing 2007’s God of War 2 (also on PS2) that I realized just how fucking hilarious Kratos was. You see, Kratos is a very shitty god of war. He just starts random shit because fuck everyone he’s depressed. When his armies are besieging Rhodes, Zeus himself puts a stop to it.

That’s right, the king of the Greek gods comes down from Olympus to stab you for being such a huge warmongering aggressive prick. Zeus, the guy who turns into a bull to go score with teenage girls. He thinks you are just too much. Let that sink in.

Descending into the Underworld, Kratos is rescued by the titan Gaia, who infuses him with the omg WRATH OF THE TITANS. The Olympians cast them down into this hellhole eons ago, and they’d love to get their vengeance on those smug white-clad sons of bitches and obviously Kratos is just the guy.

Sent back to Earth once more, Kratos’ mission is simple. The plot is perhaps the most pure distillation of “video game story” I’ve seen since the days of Pong and Frogger.

You are at the foot of a mountain. There is a man at the top. Kill him.

Kratos takes to this assignment with… some gusto.

The last guy is Helios, the sun god. After ripping off his head, you can use it as a lantern in dark areas. It screams EVERY TIME you equip it.

So basically throughout 2 and 3, you just violently murder everyone who even puts a little toe between you and Zeus. And why? Because Zeus thought you were TOO SHITTY AND VIOLENT AT YOUR JOB OF WAR GOD.

Anything Kratos does after the first game is essentially just a whiny toddler with super strength getting back at his dad for taking his toys away. He stabs, punches, yells and kicks his way to the top of Olympus to get his vengeance. Everything he does is so incredibly CRANKED UP TO 11 that it’s impossible to take seriously. 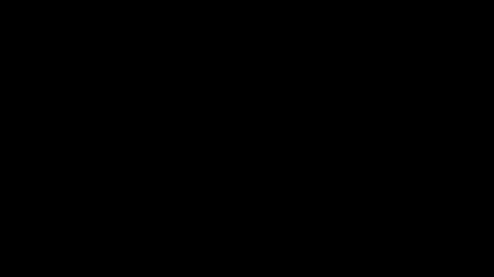 Kratos is essentially the quintessential personification of the entitled, impotent, privileged male. Kratos IS gamers.

Neil Gaiman could probably write a very interesting tale with the premise “Whatever happened to the Greek gods?”, and the answer would probably be fascinating, enchanting, whimsically dark, and ultimately kind of moving.

God of War answers that question with “A crazy guy stabbed them all a million times.”