You gotta admit that…

Japan, we met at a very strange time in your life. America had not too long ago hurt your feelings (twice)* and you were just in a weird place. But I was wrong to judge you on that! So I shoulder some of the blame here too, I think. Look, if a guy loses his leg in a car crash, you don’t expect him to go and run the quarter mile. If a country gets nuked twice within a couple of months, you can’t expect the cultural psyche to be all that and a bowl of miso soup, you know?

I was reading Akira for the first time recently and a certain style of imagery kept poppin’ up.

That’s tsunami water in the last one, not… something else. I mean, I know you’re wary cuz I’m talking Japan and all.

Note: my only manga experience before reading Akira was Berserk, a (real life) decades-spanning fantasy epic which I had mixed feelings about.

Now, I’m obviously a complete newbie at this whole Japanese pop culture thing, but it’s pretty divisive here in the west. You’ve got your overzealous otaku and your crazy cosplayers and your totally justified normal people that just frown upon it all.

I’d recently watched a BBC documentary series called Japanorama, in which the UK’s main otaku Jonathan Ross gives you a pretty good overview of many of Japan’s different crazy subcultures. 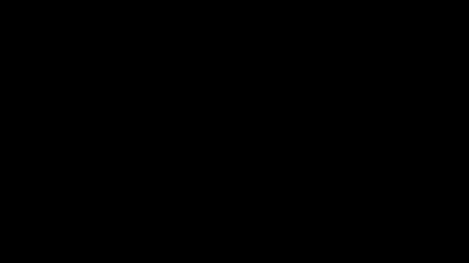 May contain some NSFW bits.

Manga (the written one) and anime (the animated one) are often ostracized for being juvenile, perverted and completely self-indulgent. I’m not even going to try and counter that, as even anime that I used to love as a child is complete poop to me as a not-even-that-discerning adult**. Jonathan Ross kept harping on about Akira, one of his absolute favorites you guys, and I decided to check it out.

To my surprise it was a very enjoyable book filled with tension, impressive set pieces, cool characters and amazing art – Katsuhiro Otomo’s city-scapes are (as seen above) mighty impressive. I’m gonna apologize in advance for my next bit of racially dubious praise: although everyone is “realistically Japanese” (ie, no one’s got green anime spikes for hair or whatever) I could, at all times, discern who was who and, as such, had a very clear sense of where everyone was situated in action scenes. This is something many A-list western comics can’t even boast of! Case in point: Composite Superman is an old school DC comics villain. Half Superman, half Batman – green face. Why is his face green? Because Batman and Superman have the same face.

The characters in Akira don’t have snazzy marketable supersuits (except maybe Tetsuo at one point), but I could totally tell who these post-apocalyptic kids were from panel to panel.

The story can be pretty much divided into two big parts: pre- and post-KABOOM. The first half is sort of an X-Files mystery interwoven with a Japanese hybrid of Trainspotting (these kids do love their pills!) and American Graffiti (these kids do love their bikes!). Kaneda and his gang stumble upon a government conspiracy that rounds up kids with psychic powers, after an escapee from the project causes gang member Tetsuo (sorta the Ringo of the group) to crash his bike. The second half I would describe as The Road Warrior meets a truly insane Tom Clancy novel. It’s in the latter half that the story starts sagging a bit, as there is a couple of hundred pages that’s mostly shooting and chasing that could easily have been excised. Otomo’s beautiful art tends to save it, though.

It’s in the Road Warrior half that a gang of wasteland marauders surround Kei, a female protagonist, and threaten to rape her. They get their asses kicked for it by Kei and Chiyoko, a rather hilarious “big Auntie with a rolling pin” archetype. It’s actually kind of… not inappropriate, since you’d think wasteland marauders are rapey types. It was only then that it hit me: I’d read near a thousand pages of this comic at this point, and there had been no sexual deviancy of any kind. Throughout the remaining thousand-ish pages, sexual violence is threatened a few more times, but it never actually occurs. Similarly, in the first half, despite our heroes being pill-poppin’ juvenile motorcycle delinquents, Otomo takes great care in showing they never kill even the most random henchmen. Hell, chase scenes even take on a distinctly slapsticky feel at times (ie, little kids going “DO THAT AGAIN” after a tank rolls through their pants-shitting grandparents’ home).

Akira feels like an enormously therapeutic work, essentially boiling down to “Yyyeaaaah, maybe the bomb fucked us up as a country a little”. Luckily, the (relatively) upbeat – and maybe slightly cheesy – ending shows Otomo’s faith in Japan and its people to crawl outta their tentacled funk and start POPPIN WHEELIEZZ again.

*Don’t feel guilty, we’ve all been there. Big, strapping quarterback; knows all those interesting people… who wouldn’t!

**DBZ consists mainly of obscenely muscled men yelling at each other for twenty minutes, sometimes for episodes on end. I don’t even know how you’re gonna defend that. There’s comments and a Facebook section, so knock yourself out!

Addendum:
I mentioned Kentarou Miura’s Berserk, a story about a revenge-seeking lone swordsman, at the start of this article. It’s an interesting case, cuz it’s sorta the opposite of Akira in its tone. Starting out repellently dark, juvenile and violent, the tale starts adding humor and levity a couple years into the telling (it’s still not finished). I seriously think that, rather than a conscious decision to lighten/darken the mood like Otomo, Miura simply went from producing the comic as a lonely, frustrated otaku all by himself, to having a studio of people working for him. The lone swordsman protagonist ends up traveling with a bunch of friends, two of them kids, another two little Tinkerbell fairies. I hope you stay happy and fulfilled, Kentarou-chan! ( ^_^) arigato