A groovy kind of mutation

When the logo for “Bad Hat Harry”, Bryan Singer’s production company, came up right after the introductory 20th Century Fox logo, I was taken slightly aback.

I had completely forgotten that Singer had anything to do with X-MEN: FIRST CLASS. Certainly, the colorful ads that focused on globetrotting adventure and transplanting submarines into an ecosystem incongruous to their survival, coupled with director Matthew Vaughn’s insistence that he wouldn’t be paying attention TOO closely to the other films’ continuity made me believe we’d pretty much be in for a proper reboot.

Not so, then, as the film opens with (almost?) the same scene as 2000’s X-MEN: young Erik Lehnsherr being separated from his parents at the gates of a concentration camp, and using his magnetic powers for the very first time to crush a gate.

Soon, though, we veer off into sillier territory, with Kevin Bacon as a camp (no pun intended, really) scientist interested in this young Jew. The doctor is actually American Sebastian Shaw, posing as a German geneticist. Shaw is very interested in young Erik and mutants in general. His wanton cruelty is both shocking and hilarious in its bluntness, not to mention Bacon’s childlike glee at every bit of “progress” he makes.

In the meantime, we also meet lil’ Charles Xavier, a preteen telepath, catching lil’ shapeshifter Raven Darkholme (lol comic book names) stealing bread out of his kitchen. Delighted that there are '”others like him”, he takes her in and they become the best of friends. It’s kind of sweetly farfetched that Xavier as a young boy immediately surmises that Raven is “like him”. Their abilities are so different that it’s almost like a Dracula meeting a Frankenstein and being elated at their kinship through Universal Pictures licensing agreements.

After the war, Xavier (now James McAvoy) graduates from Oxford or some fancy British institute, officially becoming a superscientist. He’s also a bit of a swinger, picking up girls in bars with talk of “groovy mutations”. Honestly, all he was missing was a medallion. Raven, meanwhile, has grown into Jennifer Lawrence, waits tables and has an enigmatic crush on this doofus who chides her all the time. I included a picture of Ms. Lawrence because she is very inconspicuous in the film and you may want to Google her a few times before heading out or you may not even notice she was there!

Erik (now Michael Fassbender – being awesome) is doing cooler shit though! He’s hunting nazis all over the place, looking for the man who killed his mother, Shaw. Vaughn uses this time to make us think we’re watching a Bond movie, and Fassbender does his best Sean Connery. It’s all very cool.

Xavier’s work with the CIA eventually causes him to cross paths with Erik, and they both decide to find others of their kind to fight Shaw and his own devilish mutants. Oh, by the way, when Shaw reveals his plans to our heroes (causing World War III to kill all humans and make mutants more powerful), it’s kind of hilarious that neither Charles nor Erik just says “Okay, Shaw, anyone with any basic notion of science or reality will tell you that this plan is retarded at best.” It’s not that kind of movie. Nuclear war would totally make mutants more powerful in the world of
X-MEN: FIRST CLASS, and that is groovy as fuck, dude.

Charles and Erik go out recruiting for their superteam in a comical montage that might just as well have been set to Soul Bossa Nova. A montage in which, by the way, Xavier suggests that he wouldn’t mind a spitroast of an insectoid stripper with Erik. Why does Raven like this dude again? 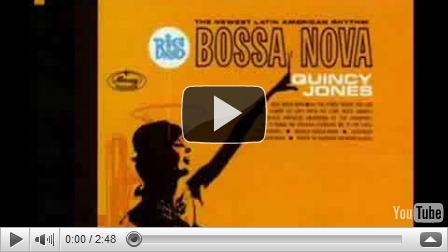 The best X-Man is no doubt Banshee, a kid whose powers are supersonic screams which make him fly, and looking like a long lost alcoholic Weasley brother. In the comics, Banshee is Irish, but I suppose the filmmakers didn’t want to appear TOO politically incorrect by making the drunken ginger of the team also an Irishman.

Hank “Beast” McCoy is also pretty cool, inventing crazy shit all the time. He’s a total aspie dorkbag, though, as in one scene he insults Raven so badly you’d think he had a bet going with Xavier. No wonder the girl chooses Magneto’s side eventually: the good guys appear to be 4chan posters who will tear down any female that somehow threatens or confuses them.

With all this silly bullshit, you’d think this were another BATMAN FOREVER or something, but the writers keep the focus squarely on character development. So when Emma Frost has to go out in the Antarctic wastes in her lingerie to get Shaw an ice cube, you giggle, when a Raven gets her feelings hurt, you go aawww, and when Banshee screams at the floor so loudly he takes off, you go woo-hoo! What more do you need in a movie like this, huh?

It’s honestly amazing this movie got made at Tom Rothman’s 20th Century Fox, even though it’s made just a little more believable by it having a fairly low budget for its kind of movie, very little marketing and a shooting schedule of about 8 hours (excluding editing).

You’re next, CAPTAIN AMERICA! You’ve got some stiff competition.