It is quite curious, and more than a little amusing, that four of my friends who started watching True Blood did so because of a girl. While my online compatriots’ warm recommendations of the show (ranging from “trashy fun” to “completely retarded but it’s got tits and gore”) were enough to pique my interest, it was, in fact, a girl who lent me her box sets of the first two seasons. So, if nothing else, this show gets you laid. Review over, good night.

Created by Six Foot Under’s Alan Ball, True Blood is what I imagine a vampire story would be like when told by an already fairly tipsy Ian McKellen. Funny, colorful, hammy, dirty, slightly decadent, over the top… in short, good times.

True Blood’s portrayal of vampires as a thinly veiled analogue for the LGBT community (to the extent that the living are referred to as “breathers” – har har) is an interesting one, as it couples the seductive otherness the vampire is usually associated with to themes of tolerance and acceptance. It was quite amusing to see extremely flamboyant short order cook Lafayette live a relatively bash-free life in a small Louisiana town like the show’s fictional Bon Temps. The few people that did get on his case were cartoonishly retarded rednecks who promptly got their asses kicked. It took the show another season for anyone to say anything homophobic again, and once more the character who did it was comically stupid. I think it’s a smart way of circumventing the barriers of some viewers who might not want to think about DEM GAYS too much and just for that, I have to applaud this silly ass show.

It also made me think of vampires in recent popular media, and how wildly different their portrayals can be. Let’s find out! 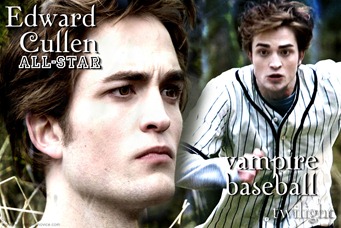 Very popular right now, thanks to Twilight and True Blood. They’re just a little different, but not different in the way those weirdos at the RPG store are. More like… sexy-different. Man, if you bagged that, all ya girls would be squinting at you like you were a Steven Seagal villain.

Examples: Edward Cullen and Bill Compton are prime examples of this category. 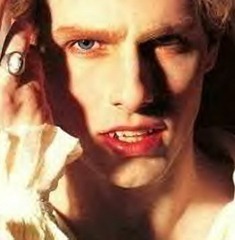 Shelly nor Byron could out-ennui him: the decadent sleazepire usually lives in a castle or manor and is just so – fucking – bored with all your human morals and shit. And ho ho ho, bisexual doesn’t cut it! He might as well fuck an armadillo to see what it’s like, later wiping his dick on a Vermeer, claiming the man himself was such a dreadful bore. Often, these vampires will be of frightfully European origin, embodying every blown-up caricature Joe Q. Moviegoer might mentally conjure about LEBBREL YEWREP.

Examples: Lestat, True Blood’s Eric Northman, the background assholes from Underworld, and to a somewhat lesser extent Dracula himself. 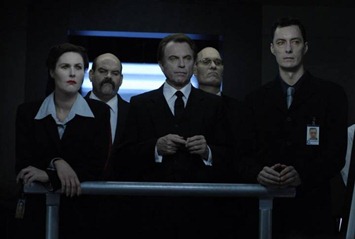 Nothing much to say about this guy but the fact that if you de-fanged him, he might as well be a Lethal Weapon villain. He’s the boss of some organization probably, and he’s got big plans that’ll shake the vampire-world up! Usually slightly decadent, but not moreso than your standard rich mortal douchebag. Like, he might drive a Ferrari, but the interior isn’t made of albino gorilla babies. 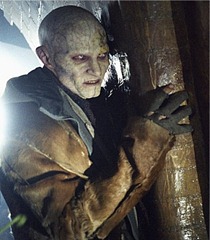 Sometimes this guy is some sort of ur-vampire, feared by the regular kind as much as humans in the know; sometimes the story’s universe simply depicts vampires as bat-themed zombies. Either way, the monster vampire wants your blood and he’s going to rip you in half trying to get it. Fuck seduction and glamour and decadence, this dude is hungry.

Examples: the reapers in Blade II (pictured), the Mexivamps in From Dusk Till Dawn, Buffy’s Turok-han, the vamps in the Will Smith version of I Am Legend, Count Orlok.

The notion of vampirism in storytelling is as old as the day is long (hort hort), so this by no means an exhaustive list. If you believe there are any glaring omissions, please tell me in the comments below!