I'm not ashamed to say I still live with my parents. I'm sure many somewhat more productive members of society do. Besides the delicious ravioli and such, this creates many an opportunity for insight in the tastes of people who don't really actively watch movies or pay much attention to critical analysis beforehand.

As mentioned a few days ago, I picked up a relatively cheap 2 disc edition of Transformers, wondering if it would still hold up. It's a simple premise, after all: robot, meet other robot's fist. This house-of-cards foundation is held aloft by some very goofy yet earnest performances by Shia LaBoeuf and Josh Duhamel (you'd think it was a Canadian movie). In fact, that's the description I'd use to sum up my positive feelings towards this movie. It's silly at all times and it's very honest about it. Pretty much every line coming out of robot king Optimus Prime is a hoot in how over the top it's delivered. That's right, he is the king of the robots and also a truck. Steve Jablonsky's Hans Zimmer-lite music only underscores this bombast with appropriately swelling heroic strings for the good guy Autobots (who are automobiles, mostly) or diabolic choirs for the evil Decepticons (who are often deceptive). Can't go mentioning the Awesome American Army here, a star in most Michael Bay movies. As I watched Duhamel and Tyrese's squad fight a robot scorpion wittily named Scorponok, I was considering joining the armed forces myself, until I realized there are no Decepticons in real life and we mostly just shoot poor, preferably brown people instead.

The home audience was lapping it up. Ohhhs and aahhs at all the appropriate moments, laughter at none of the inappropriate moments and even the remark that the scarier bits were "like a horror movie". The home audience? My mother and sister. I've been using my mother as a barometer for the tastes of the dreaded GENERAL AUDIENCE for years now. She's not foolproof (she was no big fan of The Dark Knight, and that can't have made all its money on geek dollars alone), but it's always entertaining to hear the opinion of one less immersed in such things.

Things I have found out over the years:

1) A likeable protagonist is essential. Making him humorously inept is a plus. Training montages may counteract this, if you wish. Kung Fu Panda was one of the few films I remember my mother looking forward to owning on DVD.

2) A romantic subplot really isn't, unless the movie is romantic in nature. If you absolutely need a girl to reel in the cooties, make the main guy a main girl. No reason a girl can't have adventures with robots or aliens -- tentacled or otherwise -- or dinosaurs or muppets.

3) Make the conflict straightforward: don't steep it in your universe's lore. People won't remember any of that stuff anyway. Look to legendary animated failure Delgo for a prime example of this.

4) Humor! Your main guys are fun dudes the audience would like to hang out with, while the villains are probably somewhere kicking puppies and performing backalley abortions. You don't have to make it an all-out comedy whenever the protagonists are on screen, but even the grimandgritty Dark Knight had moments of levity with Batman's butler Alfred and magical negro Lucius. These moments, of course, worked like gangbusters with my parents. 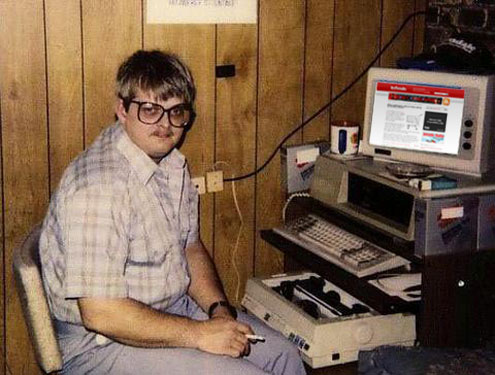